The Bass-baritone Ricardo Llamas Márquez was born in Sevilla (Spain) in 1986. He studied violin, piano and composition. In 2009 he received his firsts singing lessons with the Bass Francisco José Comino Crespo.

Ricardo Llamas Márquez began in 2010 the official singing studies at the Conservatorio Superior de Música “Manuel Castillo” in Sevilla with Rosa María de Alba and finished them at the Hochschule für Musik und Theater “Felix Mendelssohn Bartholdy” in Leipzig (Germany) with Professor Roland Schubert, with whom he studied from 2016 to 2019 the Meisterklasse studies of singing. He made his debut in June 2013 singing the role of Leporello in Don Giovanni, in Almería (Spain), with the conductor Emilio Fenoy and stage director Curro Carreres. Furthermore he has sung already roles like Kaspar (Der Freischütz, 2015), Alberich (Das Rheingold, 2017), Leporello (Don Giovanni, 2017) and Achilla (Giulio Cesare, 2018) in the Opera projects of the Hochschule für Musik und Theater Felix Mendelssohn Bartholdy, with conductor Matthias Foremny and stage director Matthias Oldag. As a guest he sang already at the Oper Leipzig the roles of Commisario Imperiale (Madama Butterfly, 2015/2016), Cecco del Vecchio (Rienzi, 2016), Marullo (Rigoletto, 2018) and Marchese d ́Ovigny (La Traviata, 2019), as well as the role of Horatio in Hamlet by Franco Faccio at the Oper Chemnitz in 2018. In 2019 he will sing the role of Ducamara (L’elisir d’amore) in Badajoz, Spain.

Ricardo was awarded with the Scholarship of the Richard-Wagner-Verband of Leipzig in 2016. 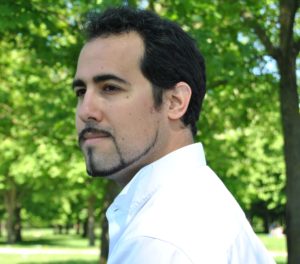