Dmitri Tcherniakov was born in Moscow in 1970. After graduating from Russian Theatre Academy in 1993, he started staging opera productions and theatre productions in Russia and abroad. Usually, he creates the scenic design and costumes for his productions.

He is laureate of numerous prizes of Russian theatre, among them the national prize Golden Mask, which he received several times. As well, he was nominated in Russia for The Best Stage Director of the Year for several operatic productions. In 2009 he received the Franco Abbiati Italian music critic prize.

Among his most important productions are: The Rake’s Progress by Stravinsky, Eugene Onegin by Tchaikovsky (Bolshoi Theatre, Moscow), The Legend of the Invisible City of Kitezh and Maid Fevronia by Rimsky-Korsakov, A life for the Tsar  by Glinka, Tristan  and Isolde by Wagner (Mariinsky Theatre, Sankt Petersburg),  Aida by Verdi (Novosibirsk State Opera), Boris Godunov by Moussorgsky (Staatsoper Unter den Linden, Berlin), Khovanshchina by Moussorgsky (Bavarian State Opera, Munich), The Gambler by Prokofiev (Staatsoper Unter den Linden in Berlin and Teatro alla Scala in Milan), Macbeth by Verdi at the Paris National Opera and Wozzeck by Berg at Bolshoi Theatre Moscow, Dialogs of Carmelites by Poulenc at the Bavarian State opera, Don Giovanni by Mozart at Aix-en-Provence Festival.

In 2011 Dmitri Tcherniakov made his London debut with Simone Boccanegra by Verdi at the English National Opera. He opened the old/new Bolshoi Theater with Ruslan and Ludmila by Glinka in November 2011.

He staged The Legend of the Invisible City of Kitezh and the Maiden Fevroniya by Nikolai Rimsky-Korsakov at the De Nederlandse Opera Amsterdam in 2012 and was named “stage designer of the year” by the famous magazine “Opernwelt”. He created Il trouvatore at Théâtre Royal de la Monnaie Belgique and Jenufa at the opera house Zürich.

The season 2018/2019 started with “Les Troyens” at the Opera National de Paris, Opera Bastille, and continues with Prokofiew’s “Betrothal in a Monastery” at the Staatsoper Berlin and Rimski-Korsakow’s “Le conte du Zar Saltan” at La Monnaie in Brussel. 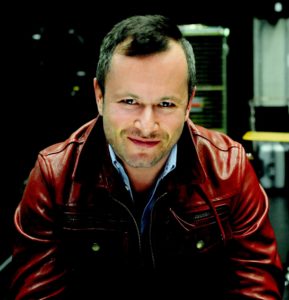