„… a touching staging by Niki Ellinidou“
„Everything has a special meaning, every detail, every movement, every look …“
„This down to the last detail coherent staging – which is tuned in an extremely precise and profound way with music and text – is condensed into monstrously powerful images“ – Guido Krawinkel, Rondo Magazine | „White Rose“, Cologne Opera

Niki Ellinidou is a Greek opera director, living in Berlin. She is a trained pianist and in 2005 she obtained her piano diploma at the Conservatory of Northern Greece in Thessaloniki with honors.

Initially she worked as an assistant director at the Opera Thessaloniki and at the Thessaloniki Concert Hall in Greece. Afterwards, she studied at the Russian University of Theatre Arts (GITIS) in Moscow and completed the five-year master’s program „Music Theater Directing“. She received her theater directing diploma in 2013 with a specialization in opera directing with honors.

In 2009 she was awarded the first prize in the annual competition of GITIS University with a production of the work The House of Bernarda Alba (F. G. Lorca). In 2010, her staging and choreography work Childhood was presented at the annual Colloquium of the Theater Arts in Moscow.

In 2012 she directed the opera The Medium by G.C. Menotti at the GITIS Theater in Moscow. The production was nominated and then re-performed in 2013 in Kaliningrad as part of the Baltic International Festival of the Arts.

In 2014, she staged the world premiere of the opera Anéme by Danai Bletsa at the Orgelpark Composers Festival in Amsterdam. In 2015, she won the first prize at the European-Opera-Directing-Prize (8th EOP 2015 – Camerata Nuova). In October 2016, she presented at the Cologne Opera an impressive staging of the opera White Rose by U. Zimmermann, which received a great response in the press.

In July 2018, she successfully directed Don Giovanni at the Académie Lyrique de Vendôme Festival in France.

Since 2018 Niki Ellinidou is a scholarship holder and member of the Richard Wagner Association. 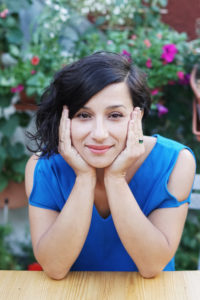