Christian Franz studied with Prof. Hanno Blaschke in Munich. His first engagements, at the age of only 23, led him 1991 to Radebeul and Regensburg, where he did Max (Der Freischütz) and Edgardo (Lucia di Lammermoor). In 1994 he sang such an impressing first Otello that he got an engagement in Wuppertal, where he also performed Laca (Jenufa), Canio (I Pagliacci), Lohengrin, Parsifal and Henze’s Il Re Cervo.

He then went to Kassel, performing Loge, Siegmund and both Siegfrieds followed by invitations to sing these parts in Tokyo, Toronto, Cologne, Hamburg, and at the Deutsche Oper Berlin. He sang Herodes in Frankfurt. Guiseppe Sinopoli engaged him for concerts in Dresden and at the Carnegie Hall, Daniel Barenboim asked him in 1999 to perform Otello, Tristan, Parsifal, Siegfried and Laca at the Berlin State Opera.

In 2011 Christian Franz started his international career. He sang all his parts in the Ring for the first time in the Vienna State Opera (as in 2006), where in 2007 he made his role debut as Florestan.

In 2005 debuts at the most important festivals in the USA followed, e.g. at the Hollywood Bowl or Tanglewood, after which James Levine engaged him to sing Siegfried in the 2009 Ring at the Metropolitan Opera: “… the Metropolitan Opera is lucky to have the German tenor Christian Franz taking part in its final presentation of Otto Schenk’s production of the “Ring“, […] The role has been Mr. Franz’s international calling card, and he received a rousing ovation on Saturday afternoon when he made his Met debut in the season’s first “Siegfried“. His dependably stalwart singing may have inspired others in the cast and the magnificent Met orchestra, under James Levine to exceptional work“. (New York Times about Christian Franz’s debut at the Met)

Christian Franz has a special relationship with the Bayreuth Festival (Siegfried 2001-2004, 2009) and the Budapest Wagner Festival at the Palace of Arts, where he has performed regularly since 2006 and sang Tristan, Parsifal, Loge, Siegmund as well as both Siegfrieds.

2012 he was heard again in all four Ring parts. Another close relationship is with Hamburg, where he did Tristan, Parsifal, Loge, Siegmund and both Siegfrieds. Among his performances were Siegfried (Toronto, Tokyo, Bergen), Tristan (Edinburgh Festival, Bavarian State Opera, Peter Sellar’s Tristan-Project in Los Angeles and New York as well as the Japan Tour with the Berlin State Opera and the Ruhr Triennale), Loge (Teatro dell’Opera di Roma), Parsifal and Bacchus (Dresden), Florestan (Ferrara/Modena with Claudio Abbado), Canio (Tokyo).

Highly acclaimed were his engagements as Siegfried with Kent Nagano (Bergen) and Tristan in Tristan und Isolde with Myung-Whun Chung (Paris). He also got enthusiastic critics for his performances in the Ring in Budapest. He sang very sucessfully Siegfried in Siegfried in Karlsruhe in March 2013. Further engagements include Loge and Siegmund and both Siegfrieds in the Ring and Otello in Hamburg and Parsifal in Budapest.

In 2016 he will return to Wiener Staatsoper, performing Laca Klemen in JENUFA. 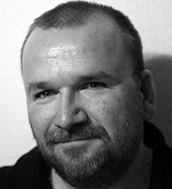